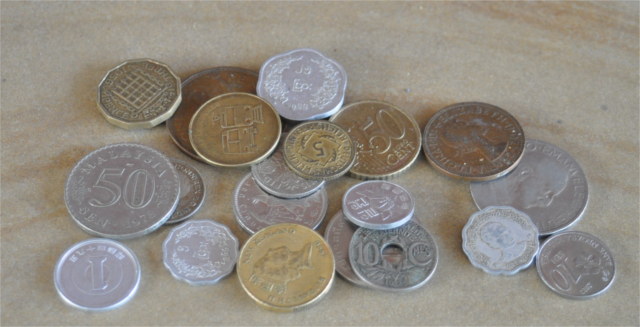 I dropped a comment on a post by @lesliestarrohara about the difficulty of persuading people of the Libertarian point of view.

I hinted that there was a simple one word key that could win many arguments.

The key is "ownership.".

To start one can point out that poverty is a state in which a person owns very little. The only way to pull people out of poverty is to create mechanisms that allow people to own things.

While welfare might put food in mouths, it doesn't solve poverty. The only way to solve poverty is to create things that common people can build equity in and own.

I need to emphasize that, by ownership, I mean genuine ownership where a person owns something that matters.

A subprime mortgage on an overpriced house is not ownership. It is a trap. It is a disaster in the making.

The subprime loans packaged into mortgage-backed securities actually had pernicious effects. It caused a housing bubble that hurt all parties involved including the people who bought over priced houses, others who were priced out of the market and the fools who bought the mortgage backed securities (some unknowingly).

Ownership doesn't apply just to houses. It applies to all economic activity. For example, an antique desk has resell value while a pressed wood desk has none. If you have money, the antique furniture might be a good hedge against inflation.

The question of ownership and equity should be part of every economic decision.

Buying a car is not a good investment. They depreciate quickly. However the ability to move about might be valuable.

Internet activity involves economic transactions. Before posting online, one should ask: who is making money off the post. If I posted this on Facebook; then facebook would make money off it.

I am posting this on SteemIt. SteemIt is a distributed community that makes money selling cybercurrency. I am likely to make a half penny of steempower from this post. The people who interface with this post will get steempower, but only in the first seven days of the post.

I will also put this post on [a personal site](http://communitycolor.com/kewl.html?dt=2018-05-20). The post actually is building equity on my personal site.

On this site I started a thing I called The Ownership Project. The ownership project has articles in which I research who owns what in select communities in the Mountain West. For example the Mall is owned by an REIT. The stores in the Mall are often owned by Private Equity Firms. There are still a few shops on Main Street owned by people in the community.

The ownership project engages people in a discussion of who owns what in the community and hopefully draw people into thinking about how ownership affects the personal lives.

The project actually shows that huge private equity firms have been systematically taking over or local communities. This concentration of ownership is the primary cause of the growing gap between rich and poor in our society.

So, now lets get back to the theme of this post. I contend that by drawing people into conversations about who owns what people will start to see that we have been systematically surrending our liberty to large government and corporate interest and that the best way to fight back is to promote smaller independent businesses. The conversation also encourages people to consider the effects of their personal finances both on their individual financial condition and on the world at large.

In conclusion: Poverty is a state in which a person owns nothing. The growing gap between rich and poor is the result of concentrated ownership. The only way to address this is to create mechanism where the people at large gain real ownership. The only proven path for this is liberty.