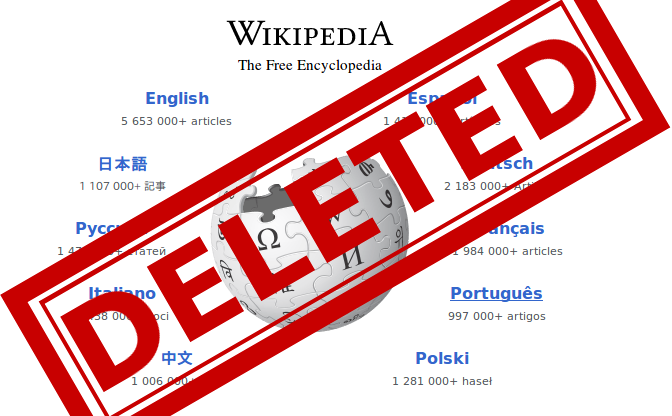 My Comments on Wikipedia

Back in the 1980s, I began developing an electronic Encyclopedia. I was using the Advanced Revelation Database engine. Unfortunately, I was unable to find anyone interested in the project.

There was actually a large number of groups developing similar programs in the 1980s and 1990s. I developed a version of my design using the ORACLE database engine, but ORACLES licensing system prevented me from pursuing that route.

Anyway, In 2000, Jimmy Wales, Larry Sanger launched a pathetic file based encyclopedia called Nupedia. At the request of Richard Stallman the company adopted the GNU license and then began publishing Wikipedia.com.

Jumping on the anti-capitalism band wagon. Wikipedia took a pledge against commerce and moved to the domain wikipedia.org. Instead of ads, Wikipedia sports pathetic fundraising campaigns where they beg the user's for money.

Wikipedia effectively destroyed the ability of other companies to fund their historical research projects. The online world is actually worse off today as a result of the project.

As Wikipedia is maintained by people with a left leaning view, the web site is notorious for its left leaning bias. The site is often used to spin historical events and influence election campaigns.

I am very much interested in the plight of small business in America. Although the failing small business sector still plays a small role in local communities, small businesses are completely ignored by Wikipedia.

Wikipedia is a text-based medium. As a result it uses branded names as the entry point for all if its articles.

The poor design of Wikipedia creates a big program. Whenever a group changes its name, the authors at Wikipedia delete the page for the old name. This created huge discontinuities in the presentation of history.

Here I will rant about pages deleted by Wikipedia. I am only reporting pages that made research difficult. The listing is in order that I find pages. I switched from bullets to numbers so that I can see the count.