I believe in the Local First concept. The goal of the Community Color program is to promote local web development.

To build traffic for the site, I've begun to engage in photo sharing with large networks such as Tumblr and Twitpic.

Rather than giving away the whole picture, I've decided to run the pictures through a simple fish eye filter that converts the images into a circle. I think the circle filter looks cool. My photo sharing page looks like a bunch of balls bouncing around.

My favorite cicular photo is the show shoveling picture. It looks like a snow globe. 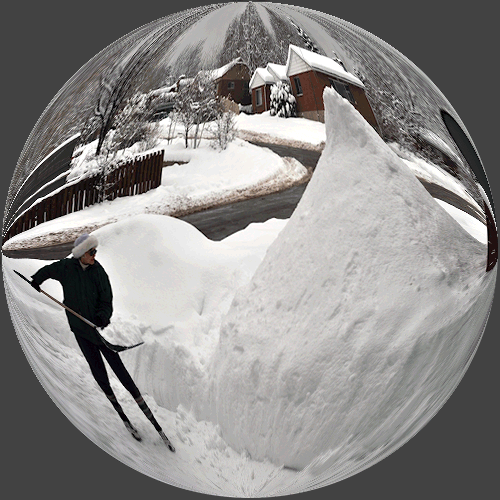